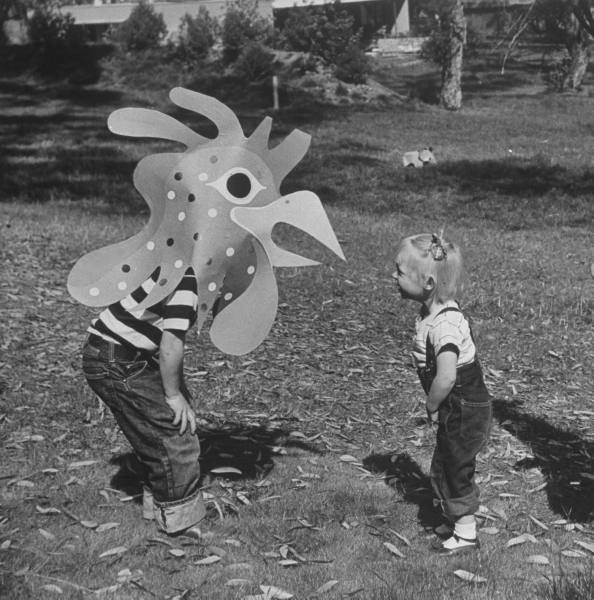 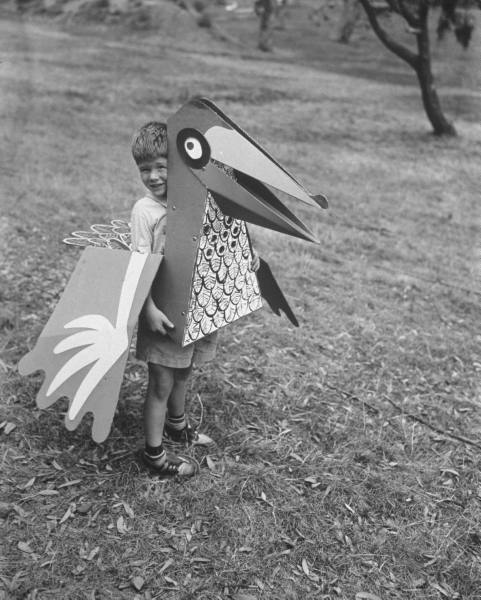 It's no secret that I've been a big Ray & Charles Eames fan for a long time - so I was really happy to finally see the documentary film, The Architect and the Painter on Thursday night. As expected, I've been thinking about it ever since. It was the goose bump kind of documentary for me - where I was grinning & nodding without even knowing it. I found that I was immediately on the computer looking up old pictures & searching for more information when it was over. While I am completely smitten with the Eames furniture & textiles, it's the games, playful exploration & process in the studio, & love of the circus that really speaks to me. When looking up some of their toys, I found these great  black & white photos taken in 1951 by Allan Grant, for Life Magazine, of some children playing with masks & colored panels made by Charles & Ray Eames. I just love them. 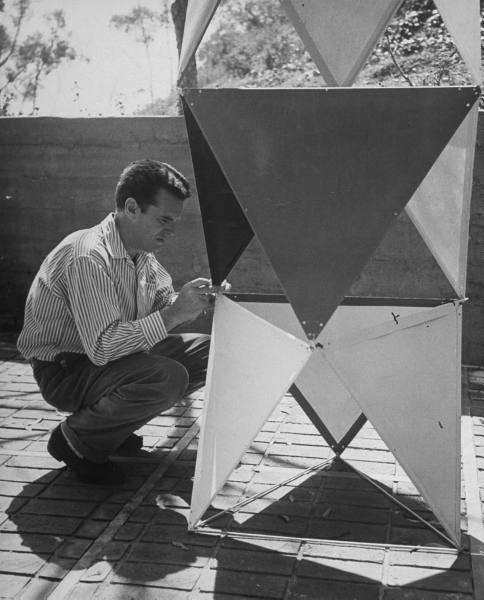 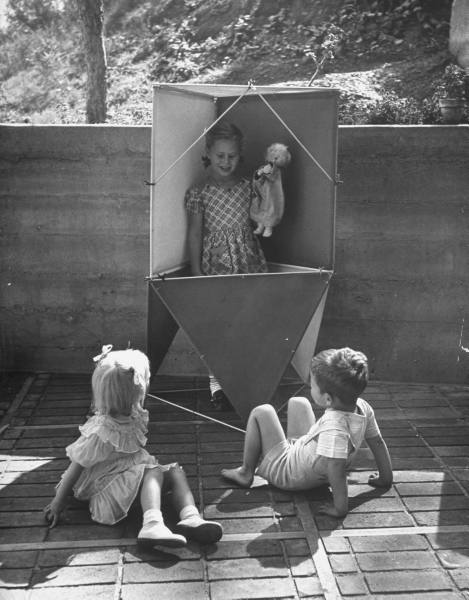 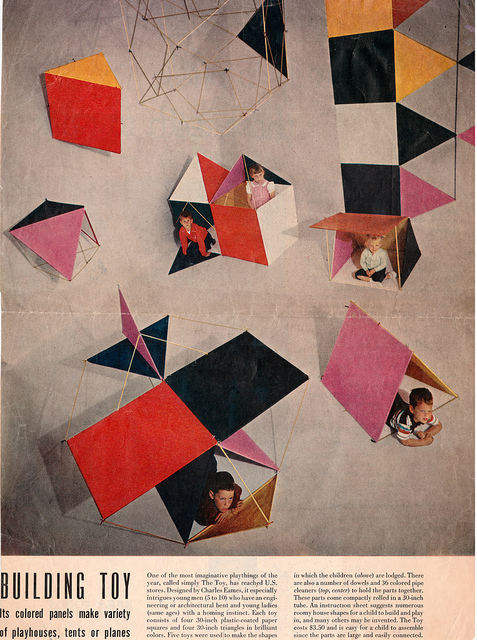 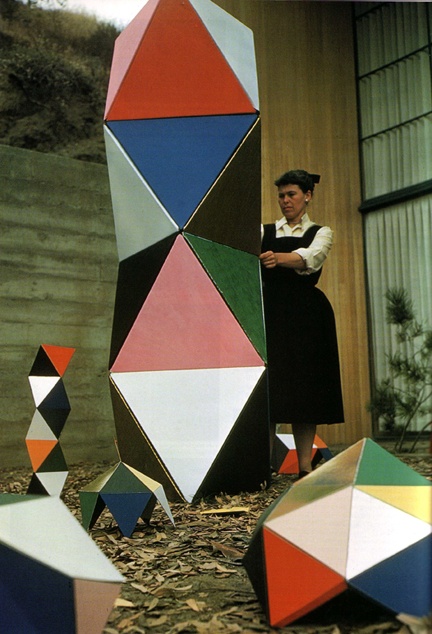 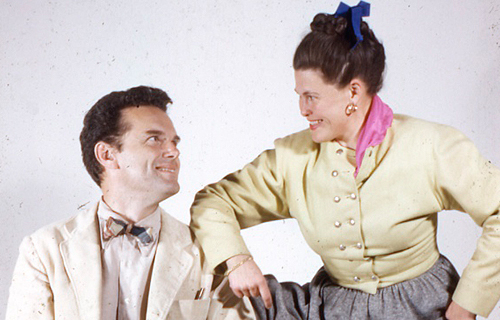 If you have an opportunity to see the film, I highly recommend it. It did leave me searching for more information & wanting to know a lot more about Ray in particular - but that is also a sign of a good film. I think sometimes, because of the their dynamic image as a couple, it's really hard to remember the time in which most of their amazing work was created. Equality for women was still so far away & their working relationship was so different than the norm of the day. Maybe it's because I'm a painter who loves design, or because I'm a woman, or because I've read tons of art history, but I really found that I was constantly frustrated by Ray getting overshadowed. I guess it's the old cliche' that we hear about so often concerning female artists that are married to creative men - I find it so annoying & I wanted to believe it was really different for them. However, it was no real fault of Charles- but again, more about the time. As an example, he gave a luncheon speech to a national assembly of the AIA, in which he said:


“My wife is a painter, and a very good one...and we’ve been working together for, oh, twelve years now, I guess...and at first I used to help and criticize things she was doing, and then she would help and criticize things I was doing, and we would … pitch in and do all the jiggering for each other and get   it as people do...and then, gradually, things begin to sort of,   you know, entropy...things began to get shuffled, and pretty soon you didn’t know, sort of, where one started and the other ended,  and anything that we’ve looked at or talked about here, you know, I say that I’m doing it, but actually, she’s doing it just as much as I am, only she sort of goes under the same corporate type name…”


They were a brilliant duo nonetheless & the documentary was fantastic! It really was a perfect thing to watch in the first month of the new year.


Who do you find inspiring? Or better yet, what do you do to get inspired? 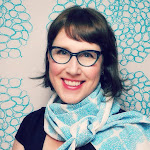 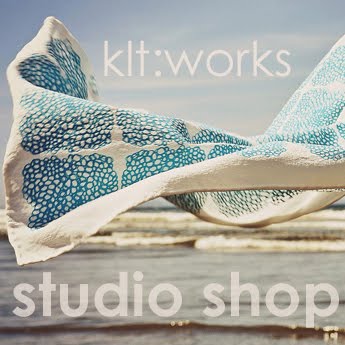